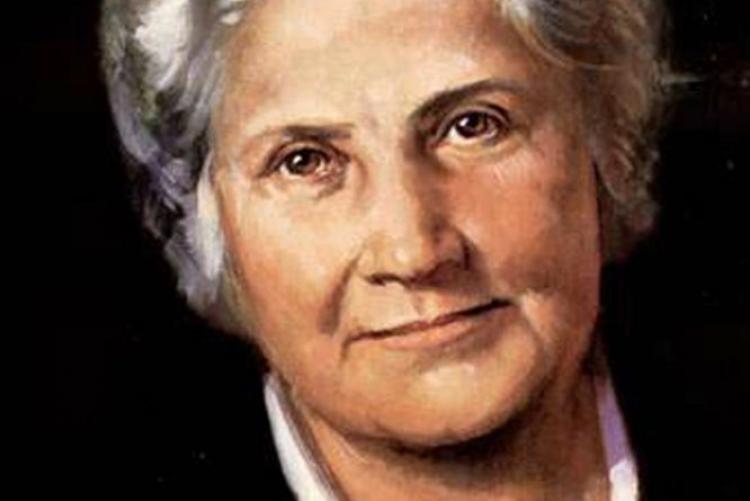 Maria Montessori was born in 1870 in Italy. Montessori’s initial training was in medicine, and she became in 1893 the first woman in Italy to receive the degree of Doctor in Medicine.

She then became an assistant doctor at the University of Rome clinic and specialized in pediatrics and psychiatry.

Montessori considered herself as a scientist rather than a teacher and all her life, she based her approach regarding the education of the young child on observation and experimentation.[1]

In 1907, she was offered the opportunity to care for a group of young children in San Lorenzo, a poor suburbs of Rome.

She used this occasion to create a house for children (Casa dei Bambini), where children learned without direct instruction.[2]

In 1911, the first Montessori School opened in the United-States. Based on her experiences with young children, she wrote her first book in 1912, The Montessori Method: Scientific Pedagogy as Applied to Child Education in the Children’s Houses[3].

Until her death, Maria Montessori continued to advocate for a new approach to the education of children - based on her belief that children learn through “purposeful work on sensory experiences and by absorbing their surroundings”[4] - by giving lectures and trainings courses as well as assisting in the setting-up of schools throughout the world.[5]